FAIRFIELD — Police are investigating after the People’s United Bank on Kings Highway Cutoff was robbed on Wednesday afternoon.

According to Fairfield police Lt. Antonio Granata, dispatch received a call from the bank, which is located within a Stop & Shop, at 1:58 p.m. He said the suspect had fled the scene prior to police arrival. 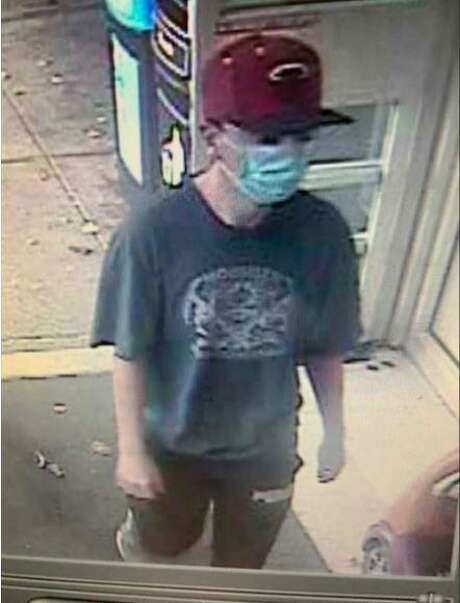 Police are investigating after a man robbed the People’s United Bank in the Kings Highway Cutoff Stop & Shop.

Police are investigating after a man robbed the People’s United...

Granata said employees told responding officers the suspect was a white or Asian male about 5-foot-7 in height and wearing a blue mask and red hat. They said the man walked up to the teller window and handed over an envelope.

“On the envelope was a hand-written note for employees to cooperate, confirming it was a robbery,” Granata said. “Bank employees complied with the suspect’s demand, and the suspect fled Stop & Shop with an undetermined amount of cash.”

Granata said no weapon was shown during the robbery and there is no evidence of a weapon present. He said police believe the suspect fled in a blue compact vehicle westbound on Route 1.

“There were no reported injuries,” Granata said. “This case in under investigation and there is no further information at this time.”

Anyone with information regarding the robbery, or the suspect pictured below, is asked to please call the Fairfield Police Detective Bureau at (203)254-4840, or Text-A-Tip to CRIMES (274637)