FAIRFIELD — A Bridgeport man has been charged for allegedly punching his girlfriend in the face after an argument, according to police.

Capt. Robert Kalamaras said Deon Scott, 23, was charged with third-degree assault and breach of peace for the July 15 incident. He said Scott had allegedly knocked the woman’s tooth loose.

Kalamaras said police responded to the Cumberland Farms on King’s Highway East, after getting a call from the woman’s sister from out of the state. He said employees there informed officers that the woman had been taken to another employee’s home on Hollister Avenue in Bridgeport.

When officers went to the Brigeport residence, Kalamaras said, the woman told them that Scott had arrived at Cumberland Farms when she got off work, and that they began to argue about train and bus tickets. She told officers that Scott followed her on a bus to downtown Bridgeport, and then to the train station and back to Cumberland Farms, he said. 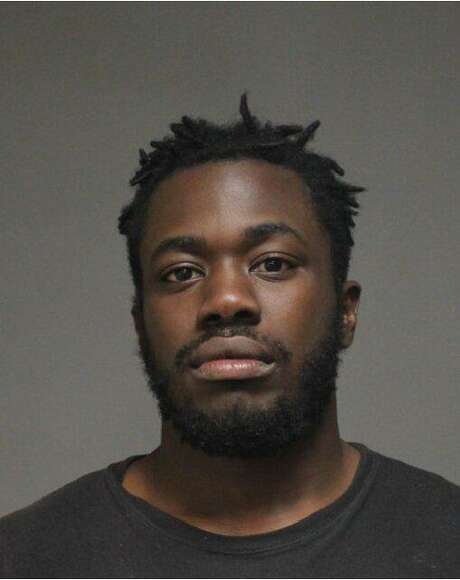 Fairfield police say Deon Scott, a 23-year-old Bridgeport resident was arrested and charged with third-degree assault and breach of peace for allegedly punching his girlfriend in the face.

Kalamaras said the woman told officers that Scott refused to let her enter her workplace, and then punched her in the face, knocking a tooth loose. She told police she went inside to check her tooth, and her coworkers got her a Lyft to the Hollister Avenue residence.

The woman told officers that she had lived with Scott for about a year, adding that he had “been physical with her in the past.” Kalamaras said the woman refused medical attention.

Security footage from the Cumberland Farms, according to Kalamaras, shows Scott blocking the woman from entry. He said at one point her head snaps back while Scott is directly in front of her.

Kalamaras said police located Scott as he arrived home on foot. He said Scott told officers that he had an argument with the woman and admitted pushing her but not punching her.

The captain said Scott told officers he followed the woman because he was concerned for her safety.

According to records, Scott, was released on a promise to appear in court Sept. 23.