FAIRFIELD — A homeless man was arrested after police say he broke into a Walgreens and stole dozens of packets of cigarettes.

Granata said police found the front door of the Walgreens on Kings Highways East shattered and blood inside the building around 3 a.m. on Oct. 7. 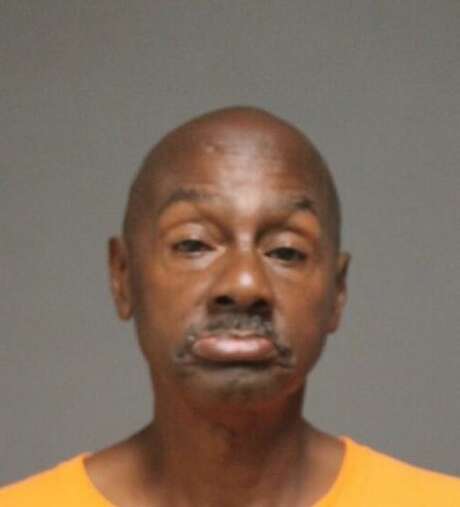 Reginald Shepard, 63, was arrested and charged with third-degree burglary, sixth-degree larceny and second-degree criminal mischief after allegedly breaking into a Walgreens.

Reginald Shepard, 63, was arrested and charged with third-degree...

“A review of surveillance video revealed the suspect was wearing a ski mask style hat, dark clothing and work boots,” Granata said. “It also appeared that the suspect may have cut himself on the broken glass.”

Prior to exiting the Walgreens, Granata said, the suspect jumped behind the cashier counter and took several packs of cigarettes. He said the suspect was last seen on the footage running east.

Granata said officers located Shepard, who matched the suspect’s description, behind a Stop & Shop on Villa Avenue. He said Shepard had a cut on his hand and had 44 packs of Newport cigarettes.

Shepard was held on a $25,000 bond and is scheduled to enter a plea on Dec. 2, according to court documents