Photo: Bob Luckey
Five myths about Passover
1  /  20
Back to Gallery

Friday night, Jews around the world will sit down to a Passover Seder - a ritual that involves, among other things, retelling the story of the Israelite Exodus from Egypt described in the Torah, drinking a lot of wine and eating a big meal with symbolically significant foods. It's one of the most religiously important and widely observed Jewish holidays, with 70 percent of Jews reporting in a 2014 Pew survey that they had attended a Seder in the previous year. Given the importance and complexity of Passover (which lasts eight days in the Diaspora), it's not surprising that there are plenty of misunderstandings about both its history and its practice. 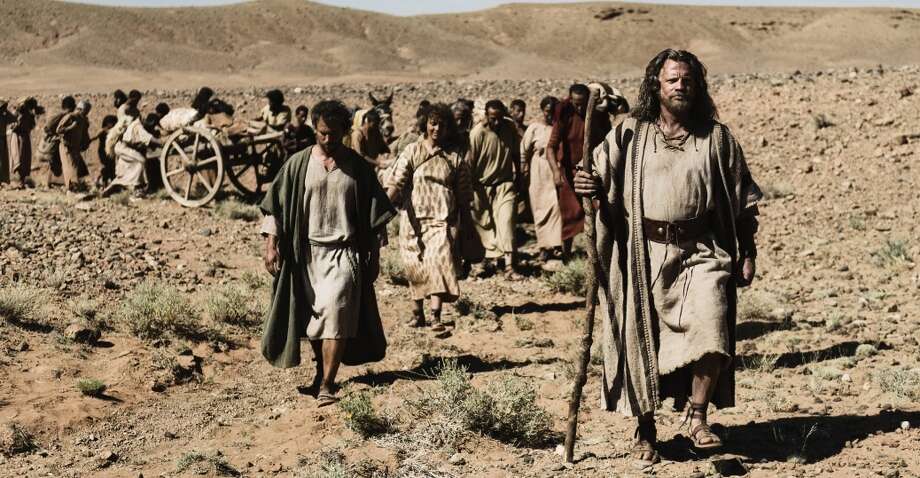 - Myth No. 1: the Seder tells the historical story of the Israelites leaving Egypt.

A lot of literalist religious perspectives, both Jewish and Christian, presume that the Exodus story is a faithful recording of historical fact. For example, like many Jewish literalists, Rabbi Yirmiyahu Ullman of the Ohr Somayach Orthodox outreach network bases his claim on the story of revelation at Sinai: "Since the entire religion is predicated on this mass-revelation, no one could ever convince an entire nation to accept the religion based on a purported experience that no one ever had."

But the historical accuracy of the Exodus is hotly debated among scholars. Archeologists and Egyptologists have never found evidence that could be directly connected to Israelites' enslavement or departure, or of a large group of people - 600,000 men, plus women and children - wandering the Sinai Peninsula for 40 years. Some scholars argue that the locations of the Exodus route - Pitom, Sukkot, Kadesh Barnea - are anachronistic to the date of the story and note the Exodus's absence from key sources like the Book of Chronicles. Some suggest that the Exodus may have been developed by scribes in the 8th through 6th centuries B.C. to give hope to a conquered, exiled people living under Assyrian and then Babylonian rule. The story also resembles other famous Near Eastern tales, like that of the Mesopotamian Sargon the Great, said to have been set in a basket in a river as a baby, as Moses was in the Torah.

Some scholars wonder if the Exodus might be connected to the Hyksos, a Semitic population that ruled Lower Egypt from 1630 to 1523 B.C., when they were defeated and expelled. Others say there may have been an Israelite Exodus, but smaller in number than the Torah relates; scholar Richard Elliott Friedman, for example, uses literary analysis to suggest that the Exodus may have involved only Levites who moved into, and influenced, the Israelites living in Canaan.

Regardless, some truths are deeper than history: The story of enslavement and liberation is a deep, indelible facet of Jewish theology. And a mature faith can hold an expansive understanding of God and holy texts that embraces the ways this story - no matter whether it happened historically - helps us see who we are and the nature of our obligations to those oppressed today. 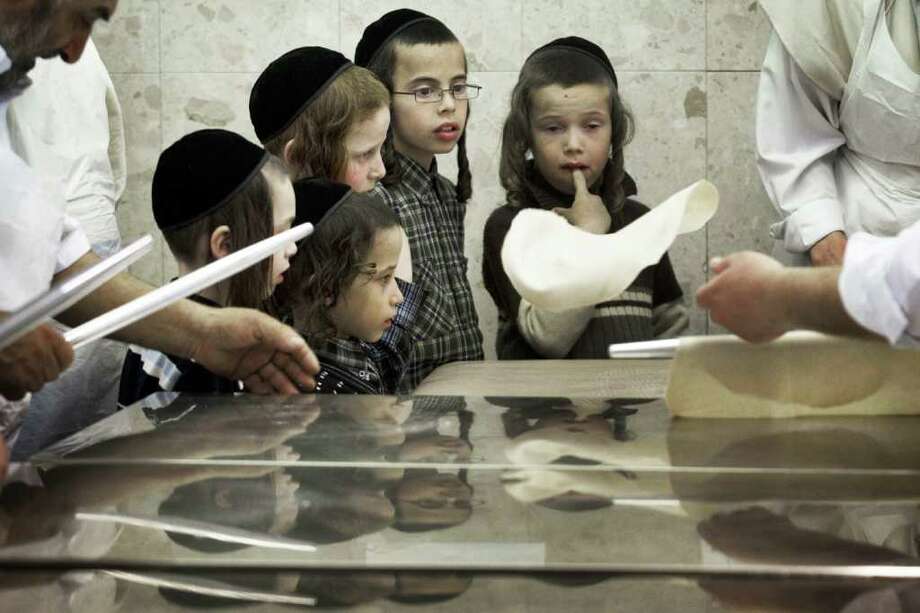 - Myth No. 2: The Seder is a purely Jewish tradition.

The Torah tells us to clear out leaven for the week of Passover and eat unleavened bread, to slaughter the paschal lamb and eat it with matzah and bitter herbs, and to teach the story to our children. Many more of the elements of today's Seder are found in the Mishnah and the Talmud, and the evolution of the holiday meal is usually seen as a natural and purely Jewish process.

In fact, many scholars today argue that the Seder is based on the Greco-Roman model of the symposium, which involved, among other things that may sound familiar to anyone celebrating Passover, a banquet framed by specific appetizers, eating in a reclining position, drinking a predetermined number of cups of wine, songs of praise, easily accessible questions, and deep discussion of philosophical matters that lasted sometimes all night.

Of course, the real power of the Seder is in how it sacralized and transformed the symposium model. Praise was sung not to the emperor but to God; questions were not about the nature of food or pleasure, but rather an invitation to discuss essential themes of bondage and freedom. The cups of wine alluded to the four actions taken by God in redeeming the Israelites or to the four stages of liberation. Children and women were included. The Seder may have been adapted from the wider culture, but it was imbued with enduring meaning. 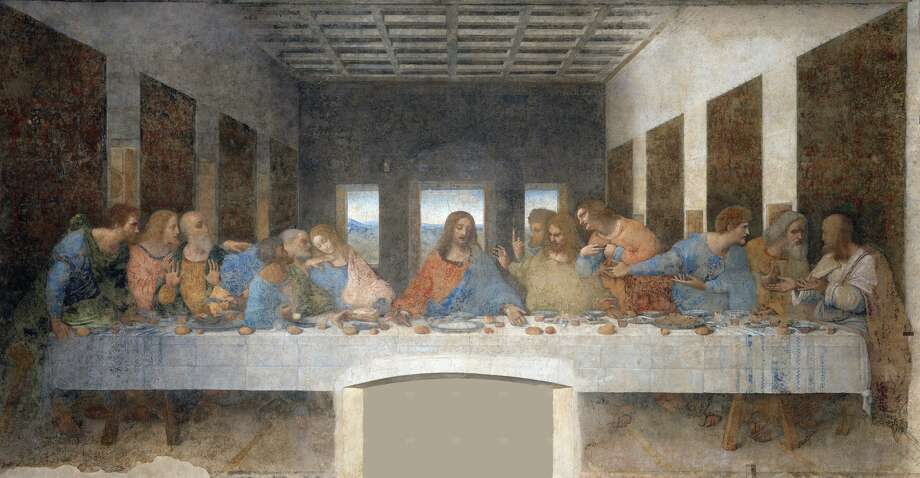 UNSPECIFIED - CIRCA 1754: The Last Supper, 15th century mural painting in Milan created by Leonardo da Vinci for his patron Duke Ludovico Sforza and his duchess Beatrice d'Este. It represents the scene of The Last Supper from the final days of Jesus as narrated in the Gospel of Jo (Photo by Universal History Archive/Getty Images)

- Myth No. 3: Jesus' Last Supper was a Passover Seder.

The Gospels of Matthew, Mark and Luke assert that the Last Supper took place on the first night of Passover. As such, some Christians are attracted to contemporary observance; some churches even hold "Christian Seders" in an attempt to practice the religion of Jesus.

However, it's pretty unlikely that Jesus participated in a Seder. When the Second Temple in Jerusalem stood, the first night of Passover usually involved just eating the paschal sacrifice, a lamb that had been slaughtered at the temple and then roasted and served at home. The temple was destroyed several decades after Jesus' death. There are no descriptions of the Seder or the Haggadah - the text that guides the Seder ritual now - from major historical authors or works detailing Passover observance during the time of the Second Temple, such as Philo of Alexandria, Josephus, the Book of Jubilees or the Elephantine "Passover Papyrus." We first see mention of them in early Rabbinic texts like the Mishnah and the Tosefta, which can be tricky to date, as they originated as oral traditions.

Parts of the Seder might have begun to take root during Jesus' lifetime, but there's no evidence that they were widespread or developed enough that he would have participated in them. 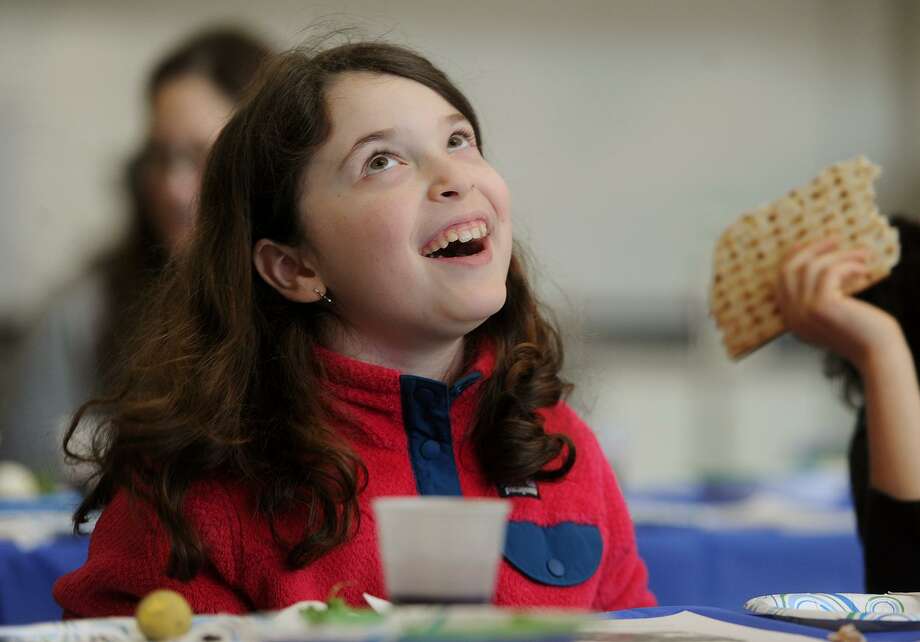 Myth No. 4: The Seder centers on asking and answering four questions.

Many Jews learned the Four Questions when we were kids - to recite them by heart, to a familiar tune. The questions formally kick off the retelling of the story of the Exodus; they are often considered the heart of the service.

But if you look carefully at the Haggadah, there's actually only one question: "Why is this night different from all other nights?" Following this are four observations about the foods and practices that distinguish the evening from others. In the Haggadah, only two of the observations - about eating matzah and bitter herbs - are addressed directly, and not until much later in the Seder. Rather, the frame of the questioning is intended to point us to the discursive nature of the Haggadah: It's not meant to be recited rote but rather engaged as part of a dynamic discussion, with the people at the table fleshing out what the text leaves unsaid and with multiple "right" answers to every question out there.

The fact that a child is asking helps us to fulfill the commandment of teaching the story to our children - but if we want more questions, we need to generate them ourselves. 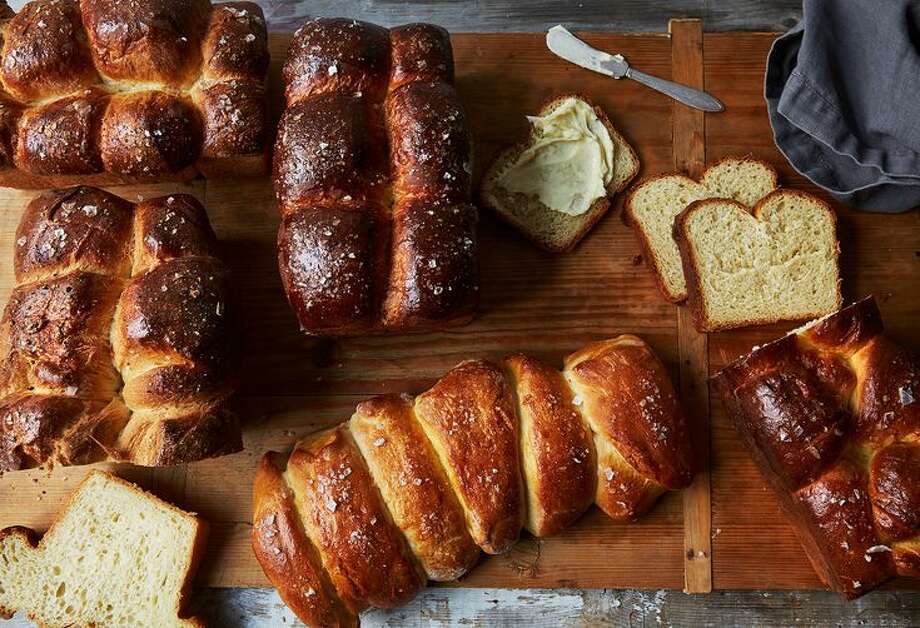 - Myth No. 5: There's a standard list of foods Jews avoid during Passover.

Many people know that Jewish law prohibits eating chametz at Passover - food made from or including wheat, barley, rye, oats or spelt that has fermented or risen. This is a mainstay in "Passover 101" articles. What's often left out (I myself didn't realize it until becoming more religiously observant in my 20s) is the extent of chametz in everyday products - not just bread, pasta, cookies, cakes and beer, but also soy sauce with wheat, wheat-based vinegars or processed foods with an impressive range of additives. Many Jews are strict in their engagement with this practice, but less traditionally engaged Jews might be less so.

In addition to not eating chametz, many Jews with ties to the traditions of Germany or Eastern Europe abstain from eating kitniyot, a complicated Passover-specific category of food that includes rice, beans, lentils, corn, peas and soy. The reason for the practice, which dates to the Middle Ages, is unclear; it probably related to making sure legumes were not confused with or contaminated by forbidden chametz. Lately, more Jews are moving away from this practice: The Reform, Conservative and Reconstructionist movements have recently allowed for consumption of kitniyot, though many still don't do eat such foods.

Most Jews with roots elsewhere in the world do eat kitniyot, but even then, it's not necessarily straightforward. During Passover, many Moroccan Jews eat kitniyot except for rice and chickpeas, though some abstain from legumes that have been dried or processed. Many Persian Jews eat rice but not legumes. Ethiopian Jews avoid fermented dairy. Some groups of Hungarian Hasidic Jews don't eat carrots. The bottom line: If you want to feed a Jewish friend next week, don't make assumptions. And if you're ever invited to a Seder, the safest gift for your hosts might be flowers.

Ruttenberg is rabbi-in-residence at Avodah and author of "Nurture the Wow: Finding Spirituality in the Frustration, Boredom, Tears, Poop, Desperation, Wonder, and Radical Amazement of Parenting."